Like anything else in 2020, a promotion at work doesn’t go the way that it normally would.

After moving from the role of Director, Basketball Operations and Player Development for the Raptors, Courtney Charles was named Vice President, Basketball and Franchise Operations for Raptors 905 on July 20.

Normally, he’d have an eye on the soon-to-open Raptors training camp, while looking a little further down the road to the G League draft, which usually takes place in mid to late October.

This year of course, normal left the building about six months ago.

“I’m kind of doing both still a little bit,” Charles said last week, the morning after OG Anunoby hit his buzzer-beating shot against the Celtics in Game 3.

“I’ve still got the relationship with the players and trying to help them get through their bubble situation, I’m there to support them.

“There are still obviously ties with the Raptors and thank goodness for Masai, who allows me to kind of transition into (the new role) slowly.”

Charles is a more than familiar face around the Raptors’ organization. He arrived as an overqualified intern 14 years ago, having completed a master’s degree in science (health and physical education) at Marshall University. That came after a bachelor’s degree in business administration-management at Lewis University, where he was also an All-American track and field athlete. He spent the last five years in that basketball operations and player development role, building up relationships with the players to help them with their off-court lives.

So he’s been able to continue some of that work as the Raptors work away in their bubble in Florida. While the plans are still coming together on the G League season, Charles has been stepping into this new job thinking about the role the team can play in the community.

Raptors 905 worked with Hand Up Toronto through the summer to supply over 40,000 pounds of food to Peel Region residents. 905 coach Jama Mahlalela took part in a book program that reached around 200 Peel Region kids. There was a tech drive for kids that generated 3,100 pounds of electronics and a backpack drive to get kids ready to return to school. The team also put on a virtual coaches clinic that saw 500 coaches from across the country and abroad join in.

“We don’t stop,” Charles said. “We find a way to keep going and I think this is what we’re trying to say, especially when it comes to social justice, is we all have a part to do. We want to action it. Want to find a way to give back. So that’s been the fun part of making the transition, is just realizing how much work 905 does not only in developing our players, which you get to see in the Pascal Siakams and the Norman Powells, the Chris Bouchers, but we’re also doing stuff off the court, and we’re doing it even during times of social distancing and people not being out, we’re still finding a way to help the youth, still finding ways to help the community. Those are the things that keep us busy. 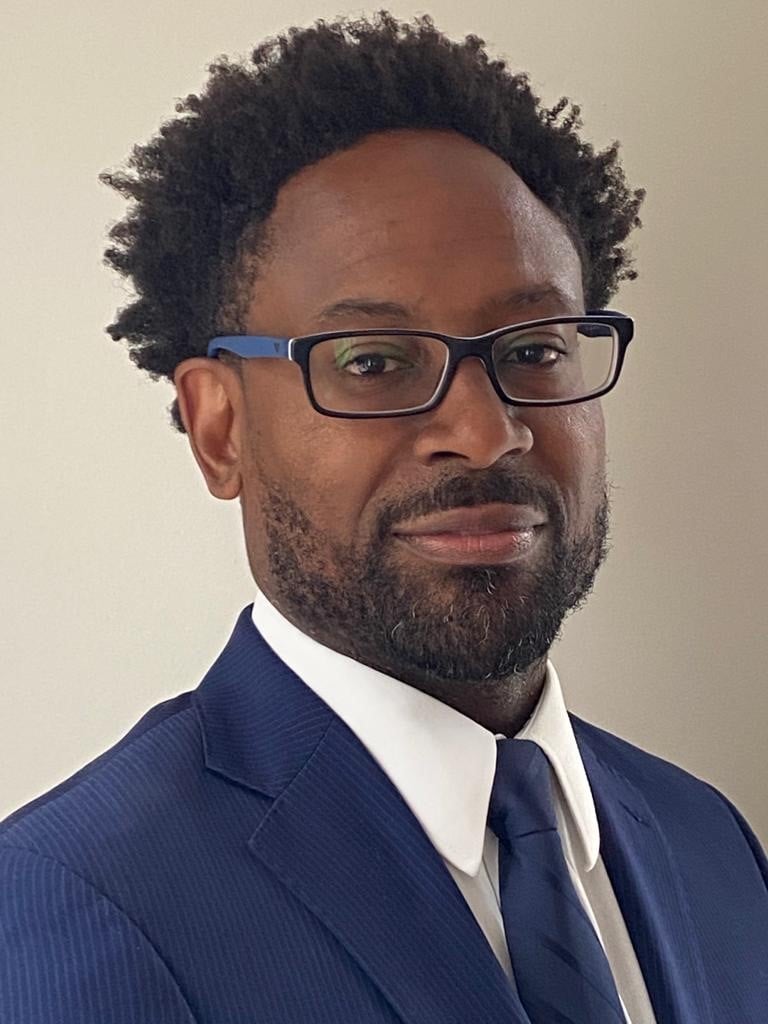 “We’re obviously going to start putting a little more attention to the business side and then eventually seeing how we get our season up and running and hopefully get a schedule here and figure out how we’re going to play our games.

“Transitioning is just really about building and growing what our staples are for not just 905 and not just for the Raptors but for MLSE and MLSE is doing a lot of positive things.”

We hear so much (and rightly so!) about the emergence of Canadians finding their place on NBA courts. Charles’ climb through the Raptors’ organization makes him just one of a handful of Canadians that are putting their fingerprints on teams and the league from the operations and corporate side of the game.

Charles grew up in Scarborough, on the same street as Anson Carter. He knew Kevin Weekes, both of whom went on to NHL and are now broadcasters. He loved basketball and wanted to be one of those players that followed in the game-changing steps of Steve Nash, but he gave in to the coaches and teachers that told him he’d get more out of track. His scholarship set him on a path that showed him how big of a business sports can be. He came back from the U.S. determined to grow basketball in Canada and that led him into an internship with the Raptors in 2006.

“I jumped for it because I felt MLSE was just a leader of sports and entertainment and if I could learn anything, this would be the place to do it,” Charles said.

“A lot of people laughed about being an intern with a master’s degree at that time, because there weren’t many people that had a master’s degree of sport in science and I remember that. I specifically remember people telling me I was overqualified, but I said, ‘Hey man, I’m doing this for basketball. I need to build that resume up.’ I’m a great track coach. I’m a great track athlete, I could probably get a ton of jobs in that world. But I wanted to adapt it to basketball and I wanted to help those young men grow and build.”

His intro to working in the world of sports was a quick initiation.

Shortly after Rob Babcock hired him, Babcock was relieved of his duties by MLSE (Babcock passed away May 15, 2019). Charles credits Wayne Embry, who filled in as interim GM, for keeping him on and increasing his workload. He’s seen all of the change that Raptors fans have followed over the last 14 years. Bryan Colangelo followed and then Masai Ujiri of course took control of the team in 2013.

“They all kept me and allowed me to dream big and continue to dream,” he said. “I’m here today in another position and it’s about developing our people, developing our athletes and now I get to also develop a program in a community. It’s unbelievable.”

A component of his most recent role with the Raptors has been teaching financial planning to players. It’s a role that required relationship building with players and gaining their trust, which isn’t an easy thing.

“When they get to the NBA and now they’re making this minimum amount of money which is higher than anything close to the average salary in the world, it’s hard to then tell them what to do with it. If you don’t have that relationship, then well good luck.”

It sounds basic, Charles said, but a lot of players are happy to hear their names called at the NBA Draft, to walk across that stage and shake Adam Silver’s hand and see that initial money start to roll in. He’s had players say to him they’ve never had money before so what’s the difference if they burn through it?

It’s a story that Greg Oden, the No. 1 pick in the 2007 draft, has shared in the last year, how you get to that point, the money is there and then the pressure and financial expectations from those around you can pile up and overwhelm.

Charles tries to steer players through that and make them realize that however much money they’re making, it’s not forever and that they need to plan their lives around what they’re making.

“These are the type of things that coaches, GMs, team presidents, the league, the players’ association, make time for. There wasn’t time before. It was like, you can put up shots and then you get to go do what you want,” Charles said.

“No one was responsible for reeling in that young person and saying, ‘Hey, before you leave we’ve got 10 minutes of mental wellness, or 10 minutes to talk about your brand.’ Those are the things that I was able to do and have an experience with. I share this because of the passion that I have and this is what we mean when we talk about social justice. It’s sharing and giving and helping people. Even successful people.”

This summer has seen an awakening of the need for social justice in our world. It’s something that Charles continually comes back to in conversation and something that will be the backbone of his time with Raptors 905 and wherever else his career takes him.

“From a social justice standpoint, I think it’s very clear that we have work to do,” he said.

“I encourage everyone to understand their part in it. I think that’s the main thing that our players and our league are asking, is just to contribute to the positive part of it and don’t find a reason to take yourself out or to remove what people are working on.”