There were moments while watching Tyler Ennis play where, like any point guard, he’ll go to the floor in a heap.

The 25-year-old is past the point of worrying now, with a gruesome, career-threatening ankle injury more than 13 months behind him. 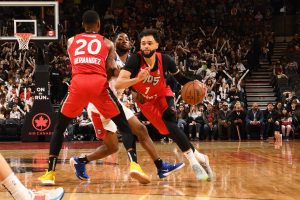 “I have a rod in there. I know it’s not going anywhere,” Ennis said and grinned, after playing 36 minutes in the Raptors 905’s heartbreaking one-point loss to Long Island on Thursday.

In his ninth game with the Toronto Raptors’ G League affiliate, Ennis had 17 points, 14 assists, five rebounds and a blocked shot. He was on the floor for the majority of 905’s fourth-quarter comeback that saw the team erase a double-digit lead twice. Justin Anderson (40 points, six rebounds and two blocks) missed a free-throw with 0.5 seconds left that would have tied the game.

Anderson was the star of the show on Thursday, with the 16,836 screaming, school-aged children at Scotiabank Arena eating from the palm of his hand. It was Ennis, though, that was low-key running the offence all day, using another day’s work to make that injury a footnote in his story.

"If I was a kid in elementary school I would've loved to have the day off to go to an @NBA game." @JusAnderson1 | #RoadToTheSix pic.twitter.com/Mt4aYriwZJ

Ennis was playing in Turkey last October when he drove to the basket and had his left leg break. It was one of those arena-silencing, teammates-looking-away, no-one-blames-you-if-you-never-watch-the-replay injuries. Think Paul George, think Kevin Ware. Think about the journeys and differing outcomes that met each player. That’s the path that Ennis, a Brampton, Ont. born player, went down and emerged from.

There was surgery, a rod placed in his broken tibia, there were screws inserted, metal now standing in place where his body had failed him. There was a long rehab and at the end of it, an opportunity with the Raptors and the 905 team. 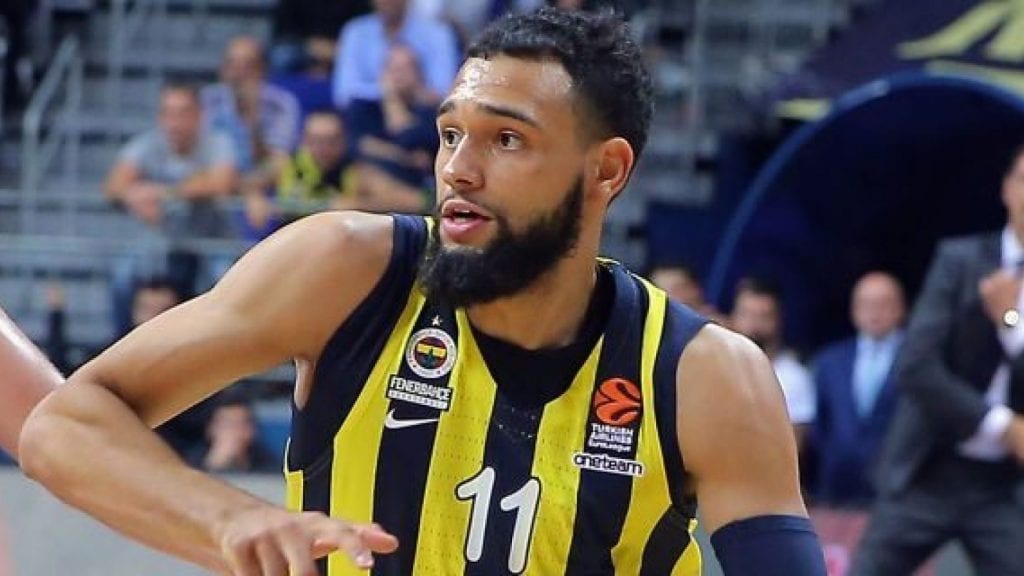 “We got to a certain point in the summer where it was kind of just up to me, how I felt,” Ennis said.

“I felt good in August, but as you go on, you feel better. I think if you asked me in August, I would have told you, ‘I’m good to go.’

“Every time I’m out there, I think every game is different. Every time out I feel more and more comfortable and better. I think I told my brother that I feel like I can continue getting better. We kind of want to move past and where I was before I got injured as far as playing and just become a better basketball player because I had so much time off.”

Despite a year away from the game, Ennis has looked comfortable on the court. He’s averaging  18.6 points, 8.6 assists, 5.5 rebounds and 2.5 steals per game, while shooting 47.4 per cent from the field.

“He’s starting to meet (expectations). The first few games, it was him playing and getting basketball games under his belt,” he said prior to Thursday’s tip off.

“Now he is starting to be a basketball player. His leadership capacity is shining now. Three weeks ago, I said, ‘Tyler I want you to focus on yourself and make sure you are ready.’ Now he’s starting to talk to his teammates and showing his leadership.

“Now it’s about the basketball season. It isn’t anything about the injury anymore. What does he do today, what does he do tomorrow to continue to build? Growth from a leadership standpoint is great evidence that he is coming along very, very well.”

The 18th overall pick in the 2014 NBA draft, Ennis had gone from Phoenix to Milwaukee, to Houston and then the L.A. Lakers before heading to Turkey last year, the first of a two-year contract. He was back on an NBA court on Thursday morning, a court that he’s visited as a NBA player over the past few years. The ultimate goal is to get back there in the right uniform, to take that surgically repaired leg on its biggest step yet.

“(There’s a) reason why he was drafted where he was drafted. There is a skill he has getting to the rim. I think his future will…be defined by how he guides our team,” Mahlalela said.

“There is a veteran presence to him that I think NBA teams will look for. If you look at the NBA season this year, there are a lot of teams that will say, ‘Can I have someone come in for 10 minutes to start, for 15 minutes to start and steady the ship and get people to where they’re supposed to be, move the pieces around?’

“He’s not going to be a 30-point scorer in the NBA, but he could be a really good facilitator and a really good quality player in the NBA. I think that’s his first step back in the league, then from there, who knows what happens.”

There were at least two moments in Thursday’s game where Ennis hit the floor. One came on a drive to the basket that ended the way so many point guard visits into the trees do, with a splat to the hardwood. On another sequence, Ennis took a hard screen at the top of the three-point line and went flying (a Flagrant 1 was assessed on the play). Both times he popped up, a fused and determined player that won’t be rattled and definitely isn’t thinking about past injuries.

“I’ve never had a moment, from Day 1,” Ennis said, “where I’ve ever been hesitant about anything.” 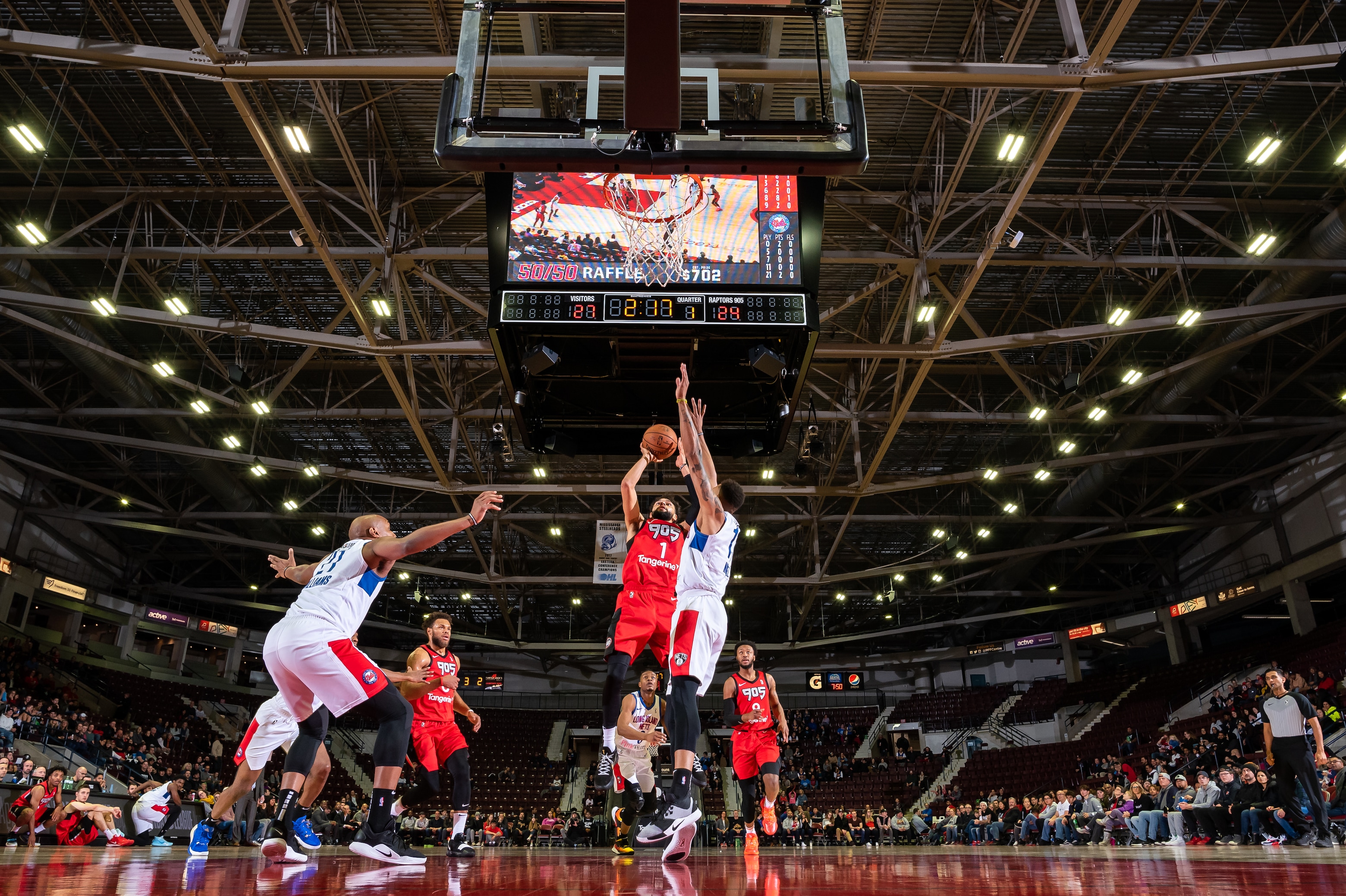