To become what you want to be, you have to recognize what you already are, and despite being at just the starting point of a season-long journey, the foundational identity of Raptors 905 is an unmistakable knowledge within the team.

The 2019–20 roster is completely new, aside from lone returnee Duane Notice, but the ultimate goal remains the same, as does the affiliate’s affable culture—the first of two building blocks that make up the team’s off-court identity—which mirrors that of its parent club in nearly every facet and is due in large part to the efforts of second-year head coach Jama Mahlalela, who spent five seasons as an assistant coach with the Raptors.

“I don’t know how culture really works,” Mahlalela admitted, prior to the 905’s last pre-season game against the Erie Bayhawks, “although I try and be really positive and we talk a lot about sunny days, we talk a lot about next steps forward and getting locked into our pillars, which are our exact same pillars as our Raptors team, and doing things right, and doing them with detail. We do some unique little things around that in terms of team-building and awards and stuff like music, but it’s the group of players that create the culture, and it’s their culture as a team.”

That team culture, of course, is aided by the year’s theme—the second off-court building block that stacks upon the first. Last season’s theme was Win The Moment, a slogan that the 905 used as a reminder that every second, every instant is valuable and important. Whether it be generating a defensive stop in a game, or dealing with something exterior like a bus breaking down, Win The Moment was a ubiquitous, metaphysical aura that hung over the team.

It worked so well, in fact, that Raptors 905 are sticking with it.

“We’re running it back,” Mahlalela said. “Only Duane [Notice] knows it. We debated a lot over the course of the summer and I debated it a ton as a head coach, but I think there’s a lot to it, and I think we’re adding multiple layers to it. So Win The Moment will be our main theme again.”

One of those new layers, according to the coach, has already seeped its way into the core of the theme. 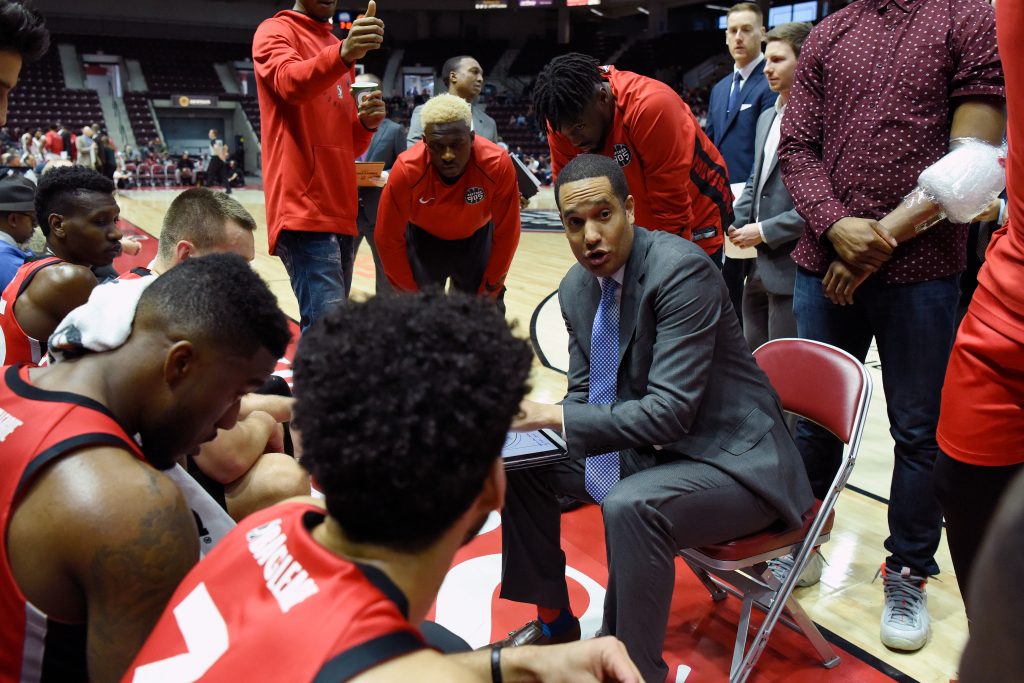 “Part of it [Win The Moment] is also that sometimes it just takes one,” Mahlalela said. “And that’s sort of our tagline, too, this year. Sometimes it’s just one extra possession or one extra thing or it’s one person that can make a difference. I think that is something really important.”

While the culture and the theme have been carried over, the on-court identity of the team has had to—and continues to—evolve on its own, unaided by any sort of prior building blocks.

The 905 are talented in all aspects, certainly, with the likes of 2014 first-round draft pick Tyler Ennis leading the way with flashy passes, Shamorie Ponds stepping back to drain three-pointers with expert footwork, and Oshae Brissett displaying his trademark energy on both ends of the floor.

The calling card of this team, however, is defence. 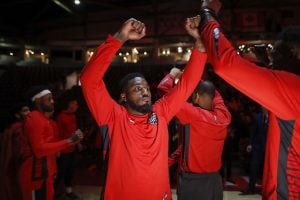 “We’re going to be physical,” Notice said, now a veteran amongst the group, “we’re going to make sure that our defensive rotations are good, we’re just going to be a team that’s kind of impenetrable. That’s what we pride ourselves on is defence, and then from there I think things will take care of themselves.”

Despite a 113–100 loss in their final pre-season matchup, this rugged notion of utilizing the team’s overall lankiness, speed, and grit to fall back on should everything else fail proved at least somewhat successful. The 905 held the Bayhawks to just 41 per cent shooting in that game, and they forced a stunning 25 turnovers, limbs shooting out here and there to poke at the ball, bodies moving swiftly on rotations.

“I think we’re a team that’s really going to play with our length,” Mahlalela said, when asked about what the team’s on-court identity looks like. “So using our length, really great with ball pressure, and making it difficult for the opponent to run their offence.”

But as that pre-season game also showed, whether or not this team can reach its final goal will be determined by the sum of its parts, what they can become when they have reached the place they want to be. In order to get to that spot, to be able to string together all of the individual talent into a single, humming unit, it’s going to take a journey, and a collective mindset ready to yield itself to that process.

For now, though, the 905 are confident in who they are presently, both off and on the floor.

And that’s a pretty good place to start.